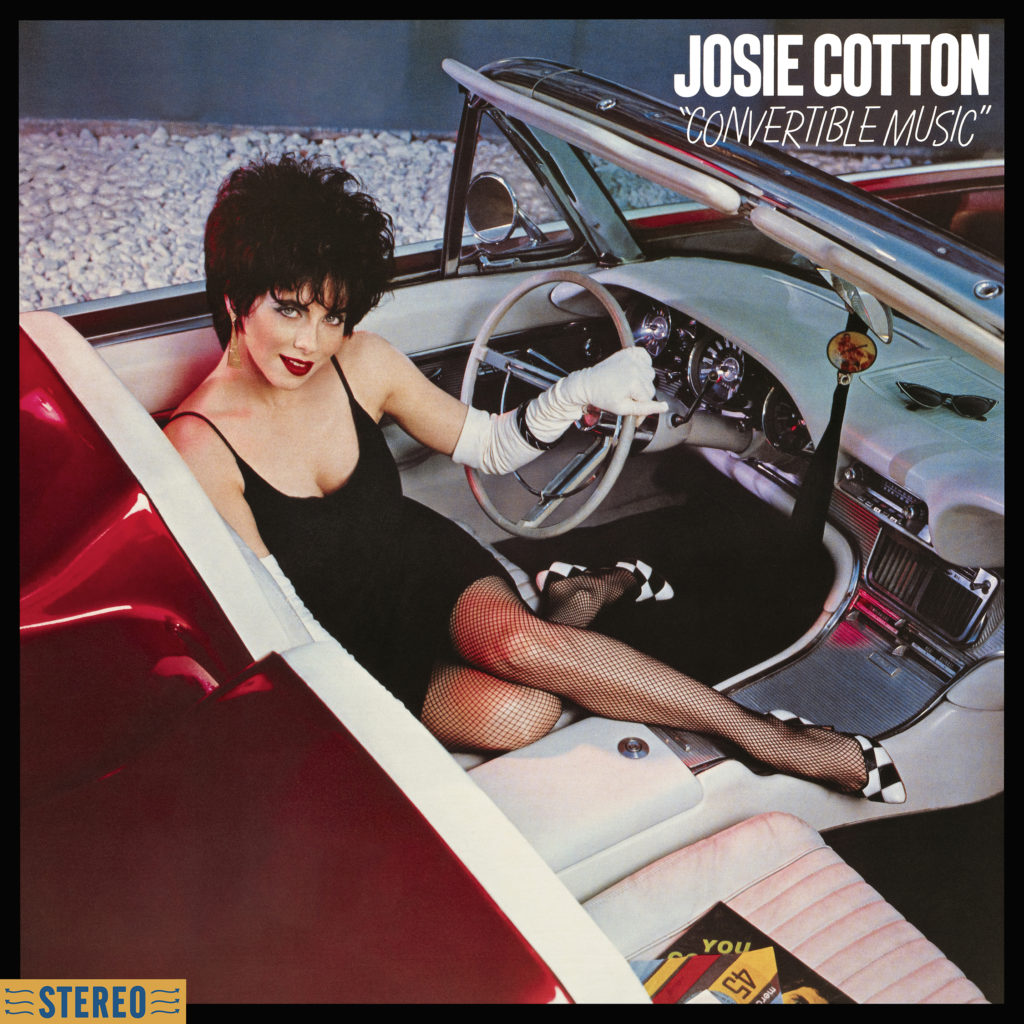 “This record changed everything for me,” says infamous pop icon JOSIE COTTON about her debut album CONVERTIBLE MUSIC which will be reissued in digital form on August 4, 2020 via her own label Kitten Robot Records. “I was the annoying girl with demo tapes getting turned down all over town.”

Originally released in 1982 by Elektra Records, Convertible Music kicked off a storied and perennial career of one of New Wave’s most iconic voices. Famously featured in the seminal 1983 film Valley Girl (the second feature by director Martha Coolidge that starred Deborah Foreman, E.J. Daily and was the leading man debut of Nicolas Cage), Josie performed at the prom her two breakthrough singles from this album “He Could Be The One” and the controversial and often misunderstood “Johnny, Are You Queer?”

This reissue of the album includes the punk freakout “(Let’s Do) The Blackout” as a bonus track.  “I’m very excited about [releasing this song],” she says. “It was on the B-side of the original 12″ for ‘Johnny, Are You Queer?’ Not many people have heard it except my hardcore fans.”

Now available on all streaming and downloading platforms!